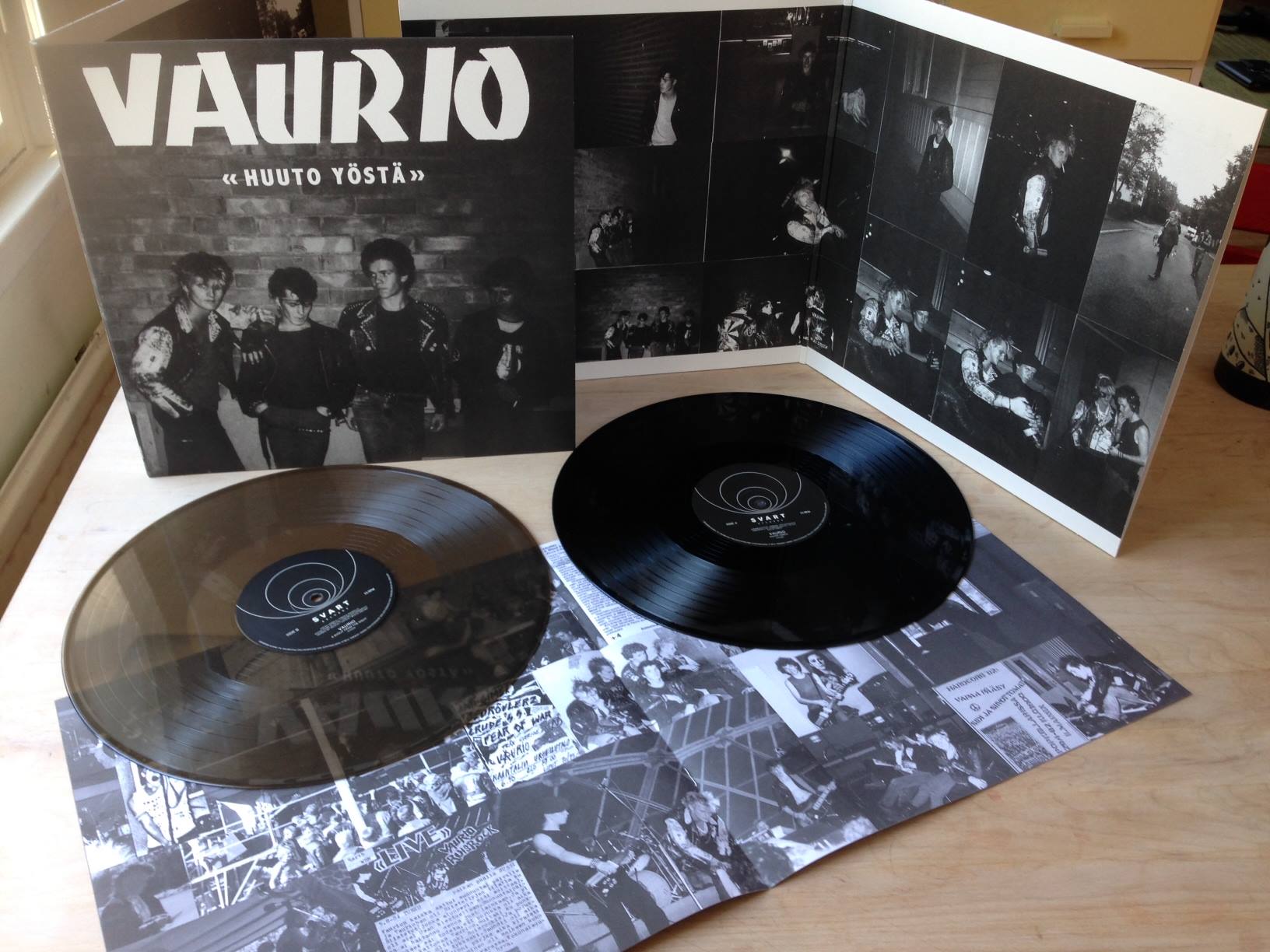 Vaurio are one of the unsung classics of the Finnish hardcore punk scene of the early 80s. Musically a cross between the more melodic punk leanings of LAMA and -82 hardcore, Vaurio's sole album from 1984 was recorded to the semi-legendary Propaganda Records label and as planned eventually it was  released as "A Shout From The Night", licensed by the furious German label Rock-O-Rama. The Svart reissue is an attempt to reconstruct what a Finnish release might have looked like, which is why the translated album title is swapped for the original Finnish one. (But the both covers are really located as backcover... like the final original issue and bandphotos included even.) With artwork expanded to gatefold, the album comes with more photos and lengthy liner notes in a separate booklet.
Catalog number:
SVR309