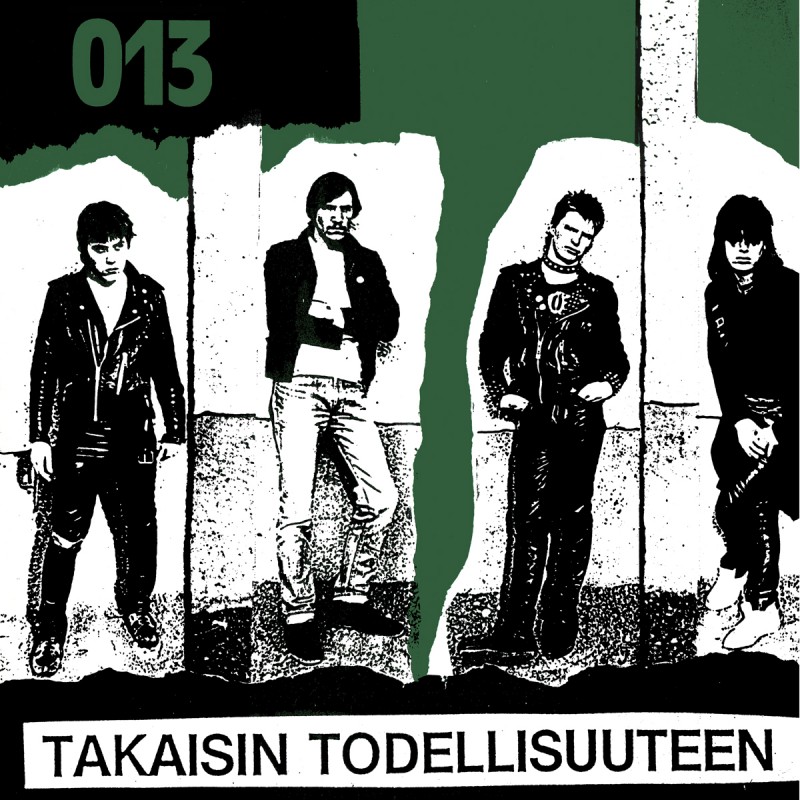 013 were short-lived but hugely influential and full of cult potential. The three-piece from Pukkila, Finland, partook in the Propaganda EP in 1981 (reissued by Svart in 2013) and the legendary Russia Bombs Finland compilation LP the following year. The band's only standalone release, the LP Takaisin todellisuuteen, was released on Propaganda Records in 1983, and the band split up shortly after. Original copies change hands for hundreds of dollars these days.
The Svart reissue presents the album as close to the original as possible, and expands the original artwork into a gatefold, also adding a bonus 7" inch, which contains compilation tracks, thus making this release a complete 013 discography.